A delegation from Binh Thuan province of the Socialist Republic of Vietnam visited Kaluga Region on April 22, 2019. It was headed by Ngo Dyk Mahn, Ambassador Extraordinary and Plenipotentiary of the Socialist Republic of Vietnam to the Russian Federation. The main objectives of the visit were to get information on the Kaluga Region economy and investment potential, to expand the existing cooperation relations and to build new ones.

In the course of negotiations with Anatoly Artamonov, Kaluga Region Governor, the Vietnamese delegation expressed intentions to expand cooperation in various areas of economy and tourism.  Ambassador Ngo Dyk Mahn  said: “Our arrangements may be fixed in the relevant agreement on strategic partnership”.

Governor Anatoly Artamonov in his turn noted that in 2018 the trade turnover between Kaluga Region and Vietnam had grown by almost  four times. He said: “I am glad that TH of Vietnam implements a major project in the field of milk processing in Kaluga Region. By determining areas for cooperation with Binh Thuan province   we expand our relations with Vietnam”. 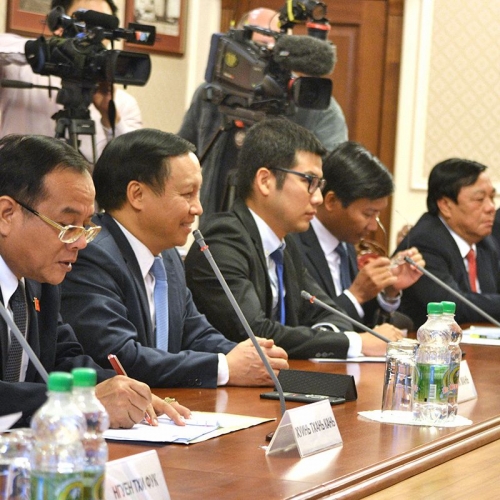