The main objective of the project is to share best practices and to get insight into smart city innovative technologies and methodologies. It is impossible to improve the quality of life without introduction of advances information technologies in various areas. The forum agenda includes a two-day congress and features an exhibition of smart solutions.

Twenty seven regions of the Russian federation submitted 41 applications to the Ministry of Construction and Utilities for participation in the project. One half of the cities meet the project criteria. One of the key requirements for the project participants is availability of a road map for integrated digitalization of the municipality or a relevant draft. The pilot project’s road map should include both standard steps and additional steps developed by the municipality’s authorities upon results of the most acute problems’ analysis.

Andrey Chibis said: “Kaluga and Obninsk will be the first pilot cities of the project in Russia. We are to provide support to them. Our objective is to turn the pilot cities into cities of the future, model cities for all other municipalities”.

It is worth mentioning that the Ministry of Construction and Utilities of the Russian Federation approved the Smart City standard on March 4, 2019. The standard describes basic and additional measures to be taken by cities engaged in Smart City municipal infrastructure digitalization project to be implemented till 2024. The standard includes measures to be taken in eight areas, namely, municipal management, smart utility sector, urban environment innovations, smart municipal transport, public security and environment safety intellectual systems, communication networks infrastructure, tourism and services. The first step provides for introduction of digital platforms and services to engage residents in municipal processes’ management. This step is to be implemented in all Russian regions by 2020. 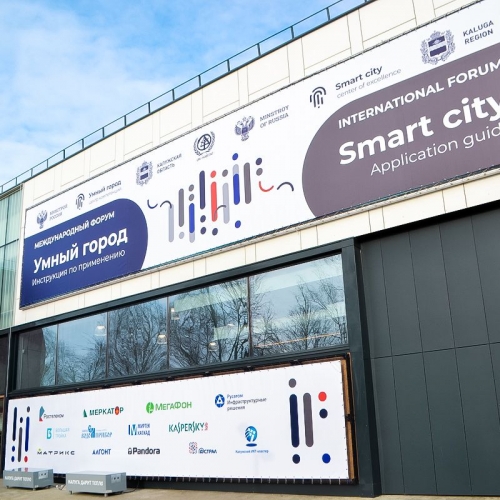