A German parliament delegation visited Kaluga on June 19-21, 2018. It is headed by Waldemar Gerdt, a member of Alternative fur Deutschland  fraction in Bundestag and a member of Bundestag Committee for Foreign Affairs.

The visit objective is to get an insight into Kaluga Region economic and investment potential, expansion of existing cooperation areas and establishment of new business ties, including among SMEs, new Russian-German joint  ventures, projects in the field of agriculture, metal processing and road construction.

Anatoly Artamonov  noted that Germany had been a reliable business partner of Kaluga Region for many years and it had held the leading position among foreign countries in terms of the amount of investments made in the region economy. He said: “German companies operating in Kaluga Region plan to expand their production capacities. New SMEs are being actively engaged in the business processes”.

Waldemar Gerdt in his turn noted that it was important for Germany to strengthen the existing economic relations with Russia. He said: “A positive example of economic development demonstrated in Kaluga Region clearly shows that no sanctions have any impact when there are business ties and businessmen start cooperating with each other. Today we came to Kaluga Region to establish business ties between SMEs of two countries”.

German companies also participate in projects implemented by pharmaceutical and agro industrial clusters. New investment agreements have been concluded in the field of construction. For instance, Steelpaint-Ru intends to build a paint plant in Kaluga Region. Ela Container is to launch the manufacturing of mobile container premises in the region.

In the field of logistics Freight Village Association of Germany rendered assistance in development of a concept for Freight Village Ru located in Vorsino industrial park. 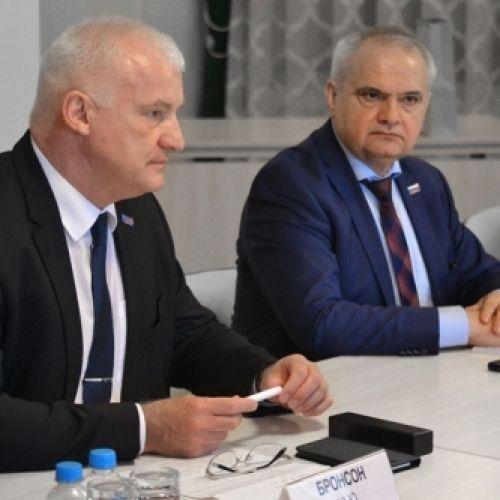