Kaluga Region Delegation headed by Governor Anatoly Artamonov  will take part in the First China International Import Expo to be held on November 4 – 7, 2018 in Shanghai (China). Business program is to include addition to discussions, plenary and theme sessions, working meetings with state authorities’ representatives from Chinese provinces.

Exhibition area of 240,000 square meters will be created to demonstrate products of participating countries. National expositions will be represented at the Expo in a separate pavilion, and seven industry-specific pavilions will be organized in the following themes: electronics and home appliances, accessories and consumer goods, automotive industry, hi-tech and smart manufacturing, agro-industrial complex and agricultural products, medical equipment and pharmaceutics, commerce and services.

Participation of the Russian Federation in the Expo includes organization of national stand, where trade and economy potential of the country will be represented as well as major projects implemented jointly with China.

Organizers expect that more than 1,000 companies from 120 countries worldwide will take part in the Expo. International economic forum will also be held within the frame of the Expo.

Delegation of Kaluga Region plans to take part in the following sessions and discussions – Inter-regional Cooperation of China and Russia, Alignment of Regional Infrastructure: Investments, Transport and Technologies, New Formats of Interaction: Small and Medium Businesses, Innovations and Digital Economy,  Promotion of Tourism Potential in Russia, Efficient Communications with Chinese and Russian Audiences.

Government of Kaluga Region, Russian Export Center AO, Russian Railways OAO, Sinotrans Group OOO and Yangzi Jiang Shipping Company signed a memorandum of intent in development of trans-border trade and logistics. The parties plan to participate in the development of international cargo transportation and logistics. In particular, they plan to  coordinate optimum routes, pricing policy and provide rolling stock and equipment for transportation. Sinotrans and Russian Railways OAO plan to develop container transportation between the countries, and Shilong station (Guangdong Province, China) and Vorsino station, Kaluga Region will become connecting points at import-export route. To that end, multi-modal transport and logistics complex Freight Village Vorsino operating in the region will see further development. Backbone logistics center will be created here within the frame of cooperation ties, which will provide cargo storage, handling and distribution services.

Current agreements with the PRC:

On August 8, 2000 a trade, economic and cultural cooperation agreement was signed between the Government of Kaluga Region and the People’s Government of Shaanxi Province.

On October 17, 2000, a twin-city memorandum was signed between Mianyang and Obninsk. There were the following areas of cooperation: business, economic cultural, informational cooperation, cooperation in medicine. On September 13, 2001 mayors of the cities signed a memorandum on development of twin-city relations, and the parties agreed to promote contacts in science and healthcare, high-tech technologies, trade and economy, culture and education.

On July 15, 2015, a twin-city agreement was signed between Kaluga and Binzhou during the visit of Chinese delegation to Kaluga.

On July 10, 2018, an agreement was signed between the Government of Kaluga Region and People’s Government of Heilongjiang Province at International INNOPROM Industrial Exhibition. The agreement specifies development of trade and economic, scientific, technical and cultural cooperation. 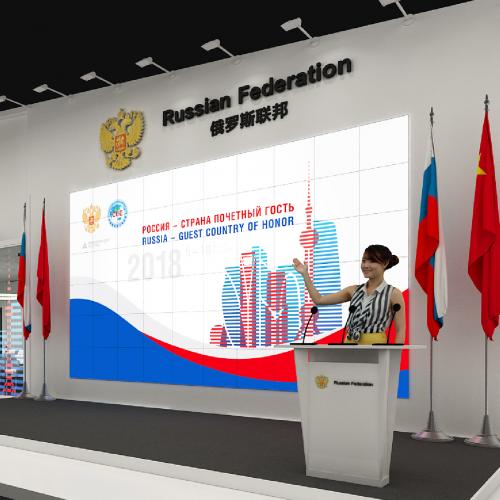