Volkswagen Group Rus was one of the largest automotive exporters  in Russia in 2017. The company efficiently used its export opportunities. In 2017 it exported about 25,100 cars, which represent a 70% increase as compared to 2016.  15,600 ŠKODA YETI cars were exported to the countries of Central Europe, which is more than any other car in Russia. Apart from that Volkswagen Group Rus exported 7,000 cylinder barrels manufactured in Russia to its engine plant located in Mlada Boleslaw, Czech Republic, in 2017.

Volkswagen Group Rus  plans to expand its export opportunities in 2018. For instance, 1.6 MPI engines manufactured in Kaluga are to be delivered to the company’s production facilities throughout the world, including European plants. The company plans to export 40,000 engines per annum. Furthermore,  Volkswagen Group Rus is to start supplying  ŠKODA OCTAVIA cars produced in Nizhny Novgorod to EU countries.  Initially 10,000 cars are to be exported.

Marcus Ozegovic, CEO,  Volkswagen Group Rus, noted: “The award represents a well-deserved recognition of Volkswagen’s contribution to the development of the Russian automotive industry and, the development of its export capabilities in particular. We face even more ambitious challenges in 2018: an agreement which has been recently signed with the Federal Customs Service allows us to increase the amount of exported cars and automotive components”.

Russian Automotive Forum Award is a professional award to mark success and contribution of companies and their top managers to the development of the Russian automotive industry.   In 2016 Volkswagen Group Rus received the award in Investment Project of the Year nomination as it implemented a project expanding is Kaluga production site and launching production of   new Volkswagen Tiguan based on MQB platform. 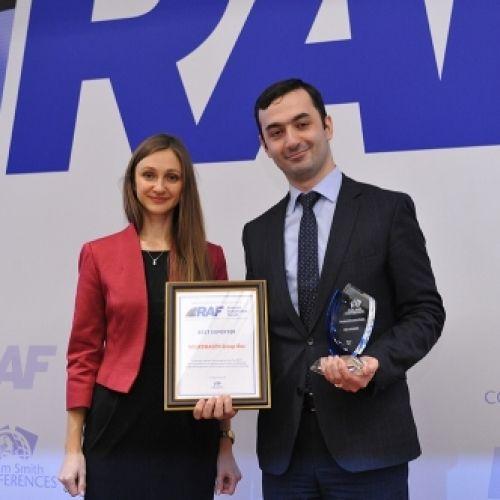