The first Russian art museum of garbage was opened in Zhukov district, Kaluga Region, in April 2016. The new museum was named Mu-Mu for the Russian abbreviation of Garbage Museum. It was established by Buro art group, Moscow, and it is based on principles of nature preservation, environment and creativity. The key objective of the museum is “to make people think every day in a positive manner on environment protection and to make them follow the principles of conscious consumption”.

For many years a group of designers has been implementing numerous projects – hotels, offices, houses, museums, etc. It gathered a great number of old useless things, like household appliances, office equipment, furniture, pieces of fabric, etc. A 1,000-m hangar was required to store the stuff, but the artists did not want to throw it away.

The team developed a skill to use old things in new interiors in the most creative manner. However, the number of old “valuable” things grew faster than they were able to use them.

Then, a decision was elaborated to establish a “garbage museum”, i.e. a place where things would get  a beautiful second life and will not be thrown away to a landfill site as the amount of garbage grows every year in a catastrophic proportion.

Currently the museum features over 100 pieces of art. There are information stands and exhibits dedicated to global environmental problems.

The museum offers entertainment opportunities to people of all ages to ensure better emotion perception.  There are a labyrinth made of old glass, a visual effect room having an old flat interior, Dump quest in a large interactive garbage disposal, a 1:1 helicopter model called Soft Landing and much more.

In summer a large ropes course is available. 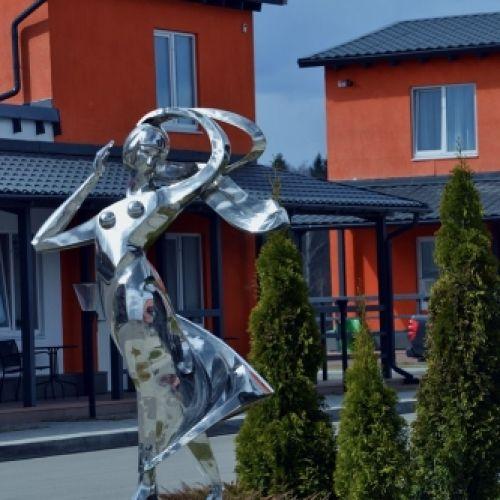