Today Society 5.0, Connected Industries concept developed in Japan promotes the creation of a super-smart society and new values based on digital technologies. The Russian Government approved Digital Economy program in 2017. Currently active steps are taken to ensure digital transformation.  Taking the afore-said into consideration and striving to expand mutual cooperation in digital area Russia and Japan signed a declaration on cooperation in the field of digital economy  in September 2017. A joint action plan was approved in May 2018 to make the declaration more detailed.

According to Tsutomu Nakagawa, Russia and Japan share the vision in the field of economic development. He said: “Concepts developed by both countries ensure synergy of companies, technologies and people. The synergy objective is to promote further development of the society”.

Speaking of digital transformation Dmitry Denisov mentioned pharmaceuticals’ marking project implemented by Kaluga pharmaceutical cluster. He said: “There are 63 companies in Kaluga pharmaceutical cluster engaged in manufacturing of medicines. They were included in the list of pilot companies under a project providing for development of a pharmaceuticals’ marking and tracking system in the Russian Federation. According to an agreement, the center for development of Advanced Technologies and Kaluga Pharmaceutical Cluster Association members are to share best practices, knowledge and competences to create an efficient quality control system for products and to put it into operation”.

In January – April 2018 the volume of trade between  Kaluga Region and Japan grew by 2.9 times  year-on-year.

Virtually 80% of all new production facilities of Kaluga Region are located in its 12 industrial parks. About 200 investment projects are being implemented, 16 companies have become Kaluga  special economic zone residents. 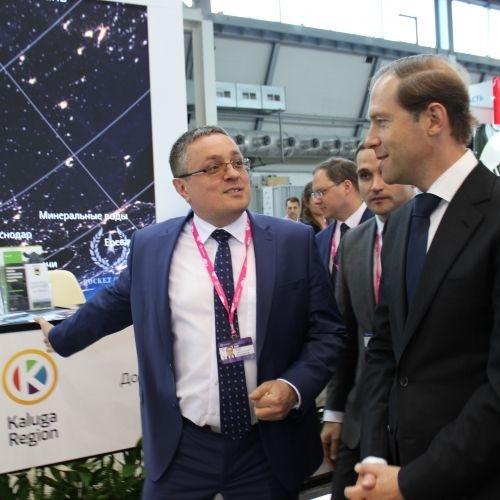