Russian and Chinese logistic companies supported by the Russian Export Center have agreed to develop a new mechanism to support export of Russian agriculture products. The new mechanism is to drastically shorten the time required for delivery of Russian food to China    The relevant agreement was concluded at Eastern Economic Forum 2019.

Representatives of the Russian Export Center, Russian Railways Logistics, Slavtrans-Servis, and FVK Sever have agreed to work together to support Russian agriculture products exports to China. They are to be delivered to China by refrigerator container express trains. The parties have also agreed upon main routes, which begin at major warehousing hubs. The trains are to connect Selyatino railway station (Moscow Region) and Vorsino railway station (Kaluga region)  with the city of Chengtu,  Szechuan province, China. The parties have agreed that the list of routes was not final and exclusive, and changes and amendments could by introduced thereto.  The first Agroexpress train is expected to be sent to China in the near future.

The Russian Export center is to search for consignors interested in delivery of agriculture products to China by Agroexpress trains, and potential partners abroad.

Alexey Kozhevnikov, Senior Vice President, the Russian Export Center, said: “Initially two Agroexpress trains per week are scheduled. In a short period of time we expect to increase the number of train to five from each export-oriented agriculture hub. The project is to be expanded to include other Russian and Chinese regions.  The delivery of finished food products to central China helps significantly reduce delivery time, transportation costs of Russian exporters as compared to traditional delivery by sea. Apart from that new markets in the inner China may be opened. Thus Russian companies will get an important competitive advantage as compared to US and European companies operating through Chinese ports.  Apart from that Agroexpress trains will open up new opportunities for Chinese exporters. They will be able to deliver their products to Russia by trains returning to Russia. 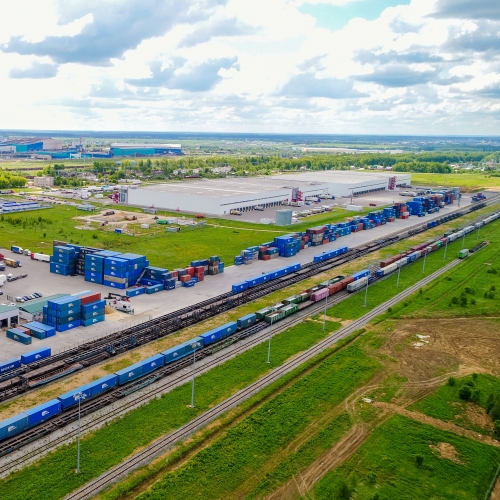