Decision was made at the meeting of the Inter-Departmental Commission for Special Investment Contracts (SpIC) to support projects proposed by Volkswagen, PCMA Rus and Volvo Companies.

Denis Manturov, Minister of Industry and Trade of the Russian Federation said: “The standard scope of preferences within the SpIC is planned to be applied for the supported projects, including guarantees of constant regulatory and tax burden. When we speak about localization of production, we mean manufacturing of all key components of vehicles, including engine, gear box, electronic control blocks, elements of body, frame, chassis, exterior and interior components, and also performing of research, development and engineering at the Russian territory”.

Thus, Volkswagen Group Rus plans to increase localization of car models already known at the Russian market: VW Polo, Skoda Rapid, Skoda Octavia, Kodiak, Volkswagen Tiguan, and Tarek. It is intended that manufacturing of 1.6 MPI, 1.4 TSI engines will be performed with use of the following operations: mechanical processing of connecting rod and piston group, crankshaft, cylinder head and cylinder block. It is planned to use Russian-manufactured blank parts of crankshaft, cylinder block and cylinder head. Also, localization is intended for gear box and car electronic control systems.

The Inter-Departmental Commission has also approved conclusion of special investment contract with OOO PCMA Rus, one of specifics of which will be manufacturing of an engine with high export potential. Upon implementation of the project, aggregate share of export supplies in the earnings of the Company may amount to approximately 12%.

Within the frame of the project, AO Volvo will localize manufacturing of trucks.

The supported projects will enhance not only stable long-term growth of cars and trucks production, but also ensure additional workload for manufacturers of automotive components. The projects also comply with targets set by the Development Strategy of Automotive Industry through to 2025, and their implementation will ensure attraction of more than RUR 100 bln of private investments into the real sector of economy. 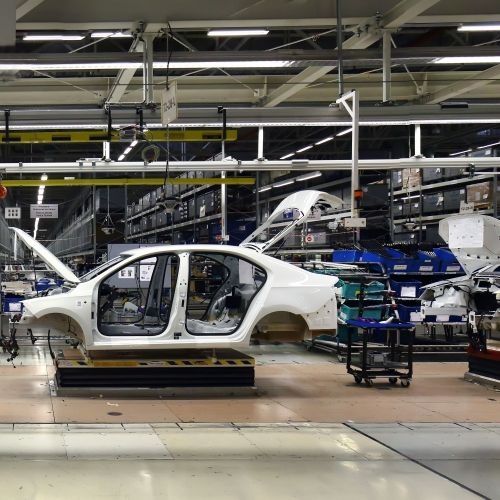