Swiss Ambassador to the Russian Federation: “Kaluga Region is a reliable business partner”.

A delegation of Swiss businessmen visited Kaluga on March 3, 2020. It was headed by Yves Rossier, Ambassador Extraordinary and Plenipotentiary of Switzerland to the Russian Federation.  The delegation included representatives of construction, food and packaging industries’ companies. The key objective of the visit was to improve business ties with Kaluga Region.

Yves Rossier, Swiss Ambassador to the Russian Federation, and the delegation held a meeting with Vladislav Shapsha, Acting Governor of Kaluga Region. The attendees discussed possible areas for cooperation.

In his welcoming speech Vladislav Shapsha favorably spoke of economic and investment contacts between Kaluga Region and Switzerland.   He said:  “The volume of trade between Kaluga Region and Switzerland grew by four times last year. We are very interested in opportunities for expansion of our business relations with Switzerland. Kaluga region Government has developed a system for cooperation with investor minimizing all risks. I invite you to take an opportunity to familiarize yourself with Swiss businesses operating in the region and to assess prospects for launching new projects”.

Ambassador Yves Rossier  in his turn noted that Kaluga Region is one of the most promising territories for Swiss business. He noted: “Kaluga region is highly rated by Swiss business community, which appreciate transparency and reliability, not only tax benefits. Swiss businessmen prefer long term relations and predictability on the part of government officials. Kaluga Region is a reliable business partner in all aspects”. 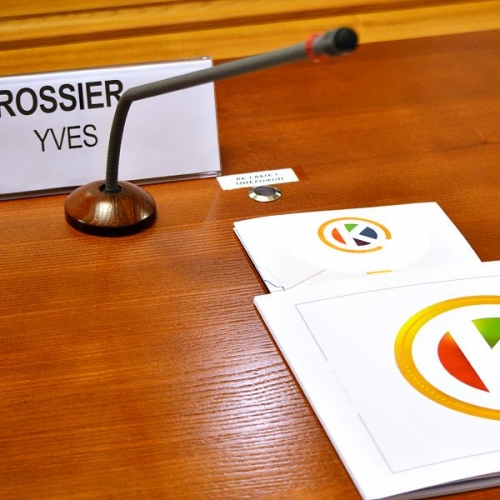