Fish Processing Factory to Be Built in Kaluga Region

The parties have reached a preliminary agreement to build a fish processing factory in Agro-K agroindustrial park in Borovsk district, Kaluga Region.  Estimated investments are to reach RUR 600 million, over 100 new jobs are to be created when the factory reaches its full capacity. The facility’s construction is to be commenced in June 2018. It is to be commissioned by Q2 2019.

The factory’s principal activities are to include production of fish canned and specialty products or ordinary and valuable fish species and seafood. High quality products are to be produced for federal retail chains, Kaluga Region consumers and government customers (Federal State Reserve Agency and Federal National Guard).

It was noted that highly qualified specialists from Kaluga Region, who has already taken part in construction of production facilities in Vorsino industrial park,  are be engaged in the project.  Steel structures and other construction components are to be supplied by RUUKKI, a Finnish-Russian company having its plant in Balabanovo, Kaluga Region, in the vicinity of the site, where the new  fish processing factory is to be built. 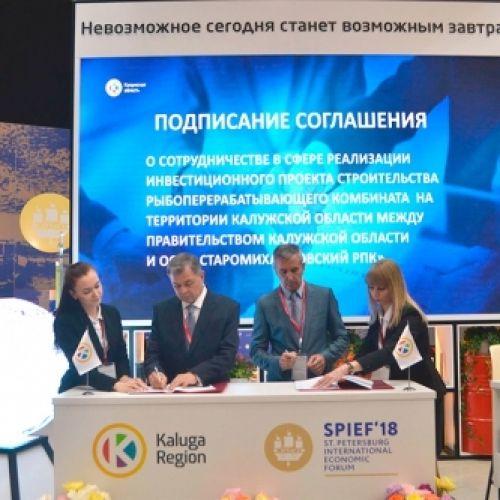