On June 8, a plant producing packages for pharmaceutical and cosmetic industries of Palladio Zannini, a Serbian-Italian company, was officially opened in Obninsk Industrial Park of the Kaluga Region. The ceremony was attended by: Anatoly Artamonov, Governor of the Kaluga Region, Milan Zivkovic, Consul of Serbia in the Russian Federation, Nikola Jovanovic, First Secretary of the Ambassador of Italy in the Russian Federation, founders of Palladio Obninsk – Miodrag Babic, President of BNM International (Serbia), and Mauro Marchii, President of Palladio Group S.p.A. (Italy), as well as Milomir Mijatovic, General Director of Palladio BNM’s Obninsk Plant.

More than EUR 10 mln have already been invested in the project. The plant area is 12,500 sq. m. The first package production line has been opened and two additional lines will be launched in two months – the plant is designed with an expendable capacity. When the plant achieves its full capacity, it will employ over 180 persons.

The facility will produce high-quality cardboard package for medicines and leaflet inserts. In the nearest future, it is planned to launch printing on aluminium foil. Palladio BNM will offer a full mix of primary and secondary packages for the pharmaceutical industry in accordance with GMP standards.

It was noted that with rapid and steady development of the Kaluga pharmaceutical cluster, the entry of such companies in the region was of special importance and would be an impetus for the emergence of new productions.

Milomir Mijatovic: ‘We settled here, because the Kaluga Region provided us with good conditions. This location is very favorable for the plant itself – the Kaluga pharmaceutical cluster needs close production of package, so reducing transportation costs. We hope that most pharmaceutical companies operating in Russia will become our customers. We will transfer the production practice and experience from our European plants to Obninsk. Here we will have exactly the same facility like in Europe with the same strict quality control that is crucial for our production process.’

Palladio Zannini Industri Grafiche Cartotecniche SpA is an Italian company that develops and produces package for pharmaceutical and cosmetic products. The company was established in 1948; its headquarters are located in Dueville, Italy. Palladio Zannini is a subsidiary of Burgo Group SpA, a European leader in coated paper production. 5 production facilities of the company are located in Italy, Ireland, and Serbia. Therefore, for the Italian company Palladio Group the Obninsk Plant is the sixth facility producing pharmaceutical package. 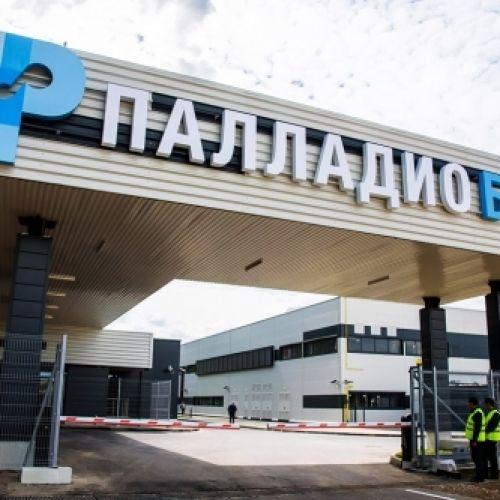