Flight program for Kaluga-Antalya destination is planned for spring and summer season, until mid-October. Flights will be performed once a week, on Sundays, and from May 25 – twice a week, Thursdays and Sundays using Boeing 737-800 medium-range aircrafts, with up to 189 seat capacity.

Upon preliminary results of sales, experts note that demand for tours to Turkey flying from Kaluga is at rather high level. Thus, the flight via reginal center is convenient not only for dwellers of Kaluga, but also for people from neighboring regions – ones from Tula, Oryol and Bryansk regions.

“In total, price of tours with departure from Kaluga is slightly cheaper if compared with similar packages flying from Moscow, given that, in the first case, regional residents save their time and they use direct charter. Average price of the tour is RUR 38,000 per person”, - Yana Muromova, Director General, ‘ANEX Tour’ said.

“Despite the fact that up to half of our flights is made from Moscow, the airlines pay great attention to the development of flights from Russian regions. The carrier performs flights from 40 cities located from Yuzhno-Sakhalinsk to Kaliningrad during the year. AZUR Air airlines are happy that one more region appeared in Russia, for dwellers of which there is no need in going to the capital in order to get to leisure destinations, but they can do it in a comfortable manner by direct flight from their own city”, - Yuri Stogny, Director General, AZUR Air airlines, comments. “I believe that today AZUR Air accomplishes rather valuable social task, it offers direct, low-budget and safe flights to leisure destinations at the best world resorts to Russian tourists. Thanks to our airlines dwellers of Siberia, Far East and also those of city neighboring Moscow Region do not need to strain their family budget and to choose flights going via Moscow Air Cluster in order to get to splendid leisure resorts”, - he adds.

Regional presence is also a strategic advantage for the tour operator. It should be noted that Kaluga is the nearest city to Moscow, from where charter programs to Antalya are organized by ANEX Tour tour operator. This is explained not only by strong demand, but also by appropriate technical possibilities of Kaluga airport, mutually beneficial cooperation and support provided by the administration of the city and by the Kaluga airport. 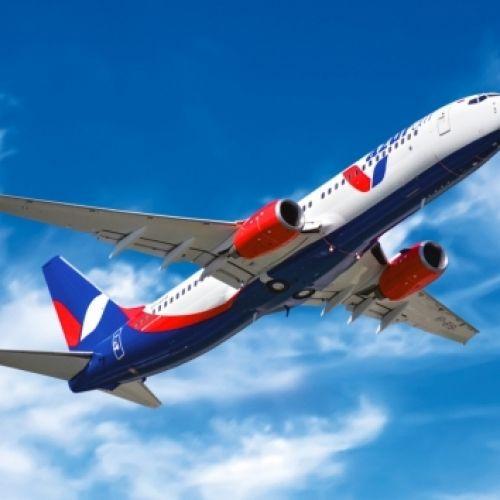