Total Plant, Vorsino, Celebrates Its First Anniversary: 36,000 t of Finished Products, Capacity Increase and Investments to Be Made in 2020

Total has invested US$ 50 million in the plant construction in Vorsino industrial park, Kaluga Region. The investments’ repayment began from the very first year of the facility’s operation.

Today the plant manufactures  motor oil and lubricants under six brands, including  TOTAL and Elf. The plant’s design capacity equals 40,000 t of automotive and industrial lubricants per annum with subsequent capacity increase to 70,000 t per annum. In 2019 the plant managed to exceed the target performance by 4,000 t (36,000 t were produced against the initially planned amount of 32,000 t). As of the end of the first year on stream the plant manufactured over 54,250 items, while the range of products between October 2018 and October 2019  grew by three times – from  34 to 103. 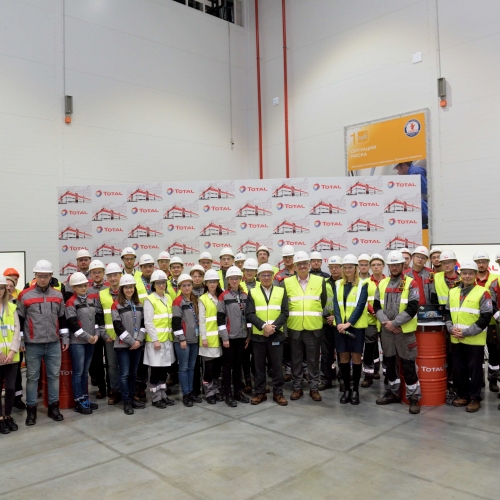