The development course selected by Kaluga Region Government has proven its high efficiency. Its cornerstones are the economy diversification and the use of cluster model.  Many global companies successfully operate in various Kaluga Region industry clusters. More and more investors start their projects in Kaluga Region’s industrial parks, at Kaluga special economic zone sites and in Kaluga Region’s priority social and economic development areas, while the existing production facilities increase the degree of localization and extend their production scopes.

According to the memorandum of intent, Nestle agreed to become one of the anchors for a new food production and processing cluster. The parties also agreed to consolidate their efforts to establish the new cluster, including the search for potential partners, inclusion of specialized companies in production chains, development of logistics schemes aimed at optimizing business processes, and identification of opportunities to cooperate education institutions for personnel training.

Vladimir Popov, Deputy Governor of Kaluga Region , who signed the memorandum on behalf of the Government of Kaluga Region, noted that the attraction of investors and creation of favorable business climate in the region were among top priority tasks of the regional government. He said: “We make a new step of strategic importance with our partner, Nestle Russia OOO. The food production and processing cluster is to play an important role in supplying high quality food to the Russian market. It will become a new step in the development of Nestle’s Russian division”.

Nestle is to invest RUR3.3 billion in the production facility’s expansion project under the regional special investment contract, the first a contract of its kind for Kaluga Region. The contract envisages implementation of the first stage of a major investment project providing for investments of RUR 10 billion in 2017 – 2019. The project provides for commissioning of new production lines, expansion of storage facilities for raw materials and packaging, construction of new infrastructure elements and site improvements.

The plant’s production capacity is to be increased by over 30,000 t per annum following the new production lines’ commissioning. Fifty eight new jobs are to be created.

Martial G. Rolland, Market Head of Nestle, Russia/Eurasia, noted that the conclusion of the first regional special investment contract and the memorandum of intent on establishment of the food industry cluster with the Government of Kaluga Region  was of great importance. He said: “This is a very important step in our cooperation process. Nestle’s strategy is based on long-term investments in development of local markets. We are proud by the fact that over 90% of all Nestle products sold in Russia are manufactured locally. Our investments help creating new jobs, we purchase more raw materials from local sources, and build long-term business relations with our partners. We highly value the support provided by the Government of Kaluga Region to Nestle as a strategic investor and confirm our intention to further promote business in this region”.

Following the signing of two documents the parties expressed their confidence that the projects were to strengthen their cooperation and provide new opportunities both for business and the region.

Alessandro Zanelli, Regional Director, Nestle Purina PetCare, Russia, CIS, Ukraine, Turkey, Israel, said: “The signing of the regional special investment contract and the memorandum of intent opens up new opportunities for further stable growth and economic development. Russia is one of the most dynamically growing pet food markets in Europe. And we believe it has very good growth potential. We strive to build lasting relations with local materials’ suppliers to ensure stable business operations”.

Nestle top managers extended their thanks to Kaluga Region Government officials for constructive attitude towards cooperation, openness and fast decision-making.

Nestle Purina PetCare production facility located in Vorsino industrial park is the largest Nestle Purina PetCare pet food plant in Europe, and one of the largest Nestle investment projects in Russia.  The company exports pet food from the plant to 14 countries of the world, including CIS countries as well as a number of major European countries, including the UK, France, Germany, Italy, etc.

The company has invested RUR 12 billion in its Kaluga Region site (as of the beginning of 2017). According to Nestle plans, the scope of investments in the production facility is to reach RUR22 billion by the end of 2019. About 11% of the products manufactured at the plant are exported. The scope of export is to grow in the years to come. 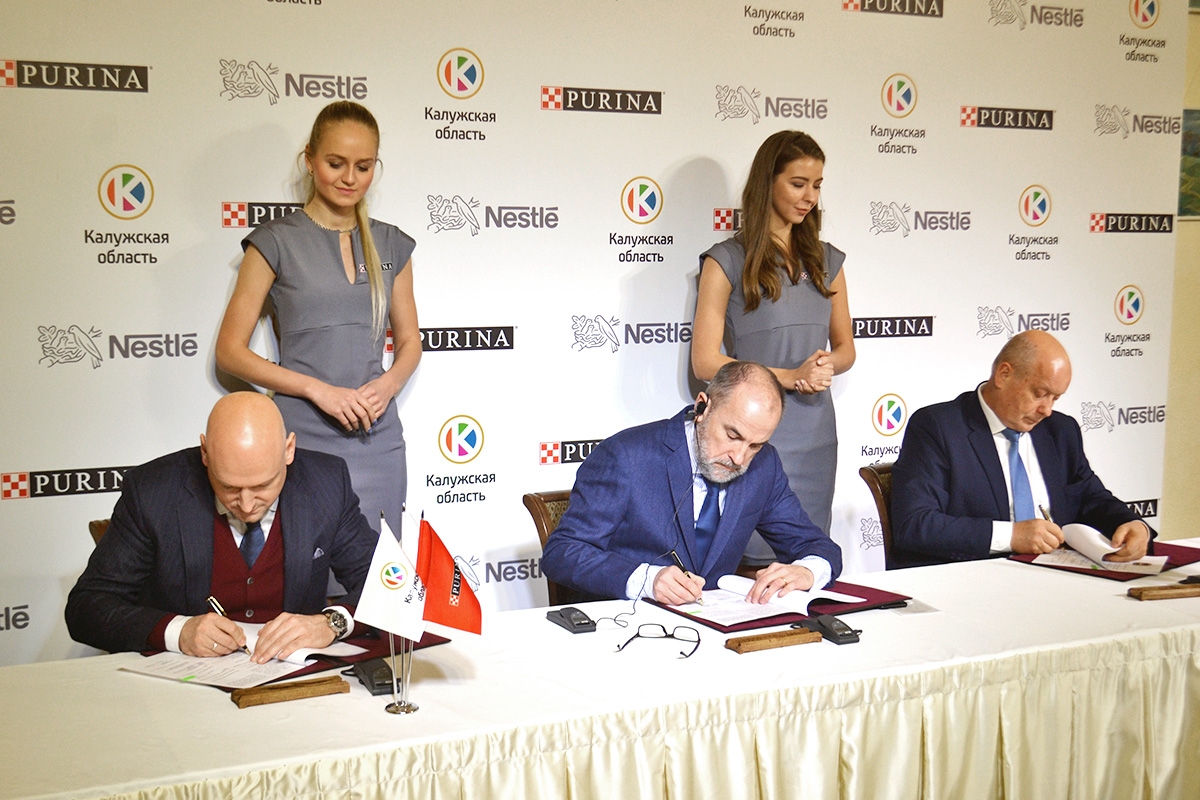 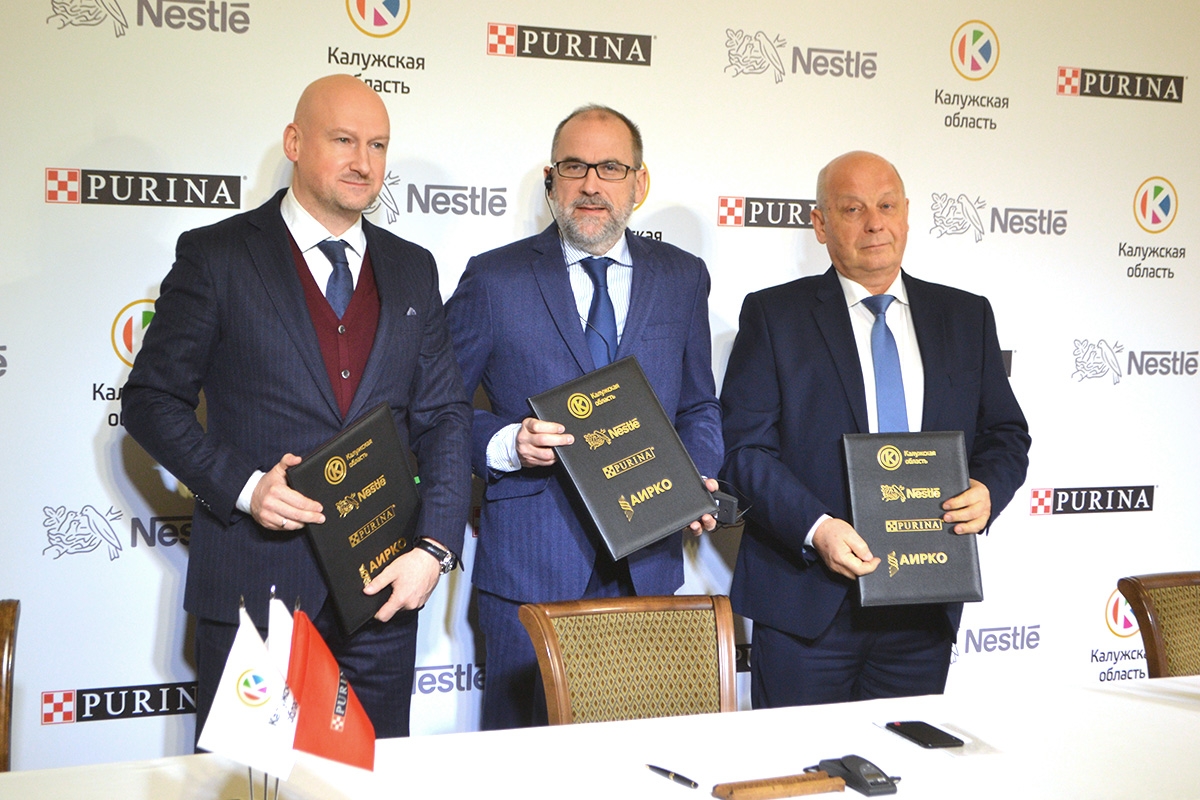 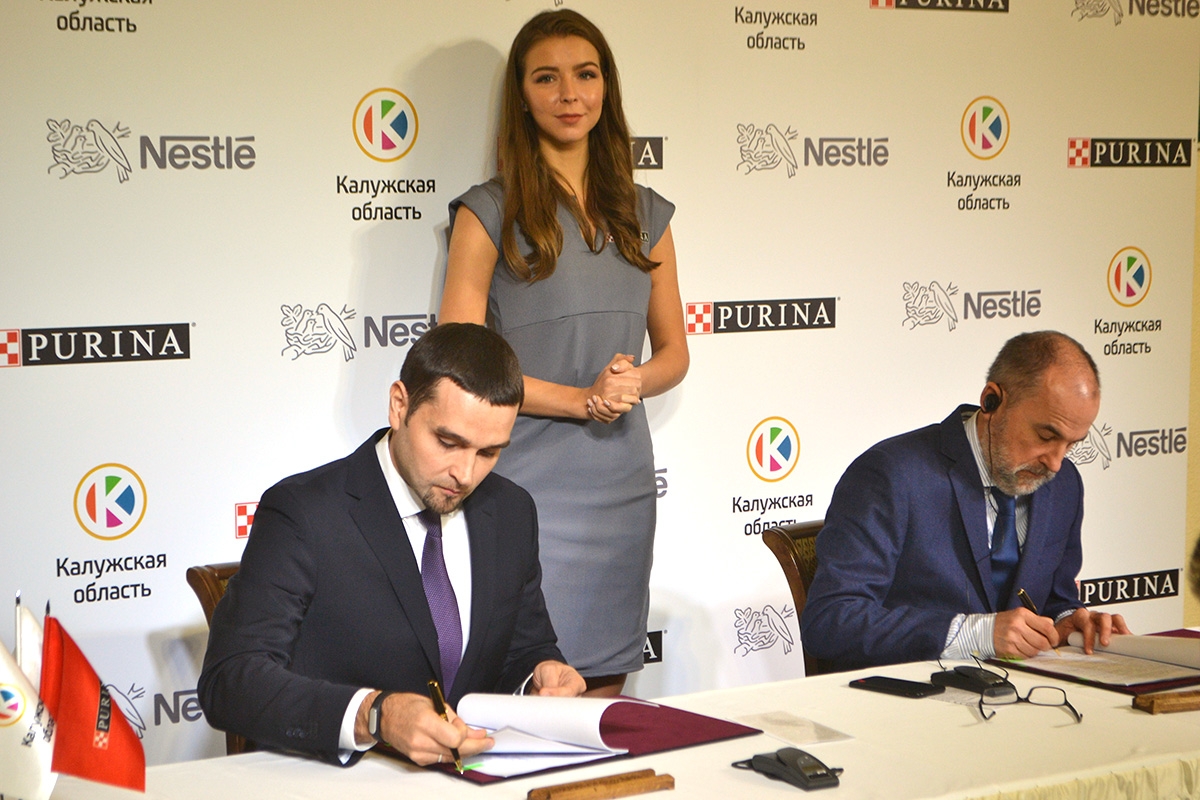 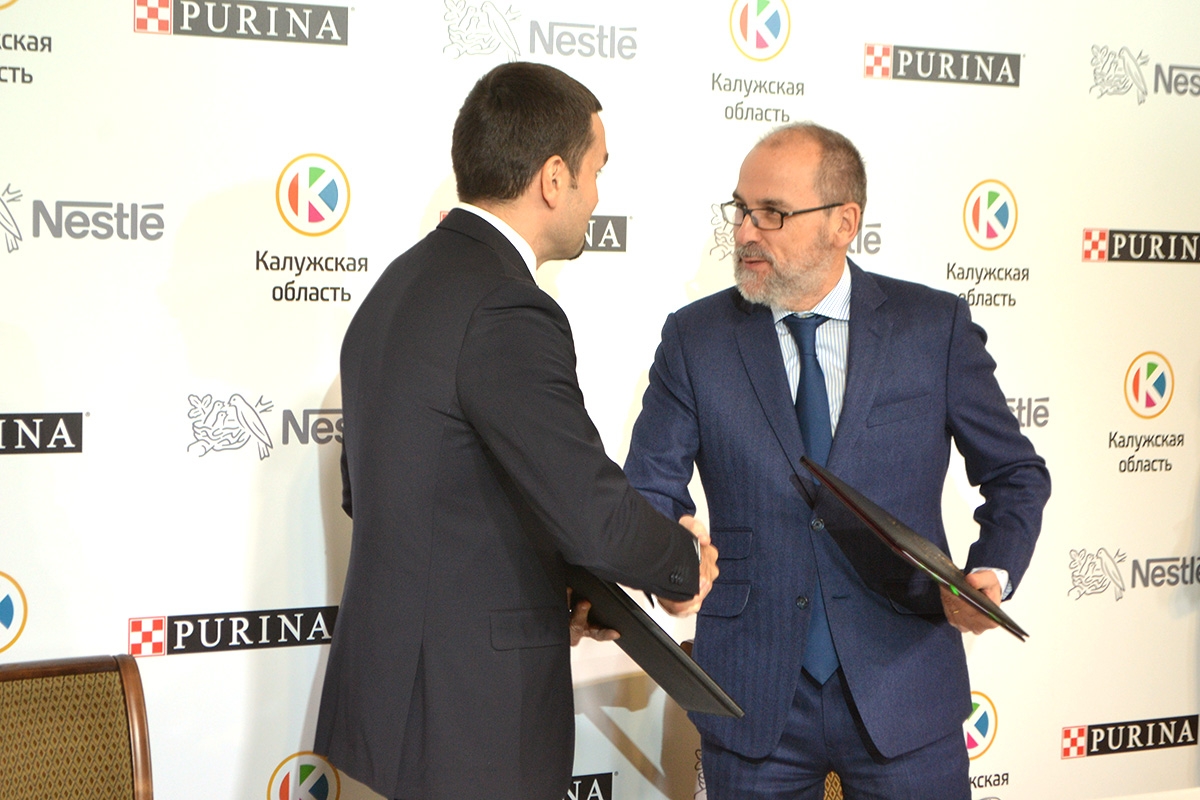 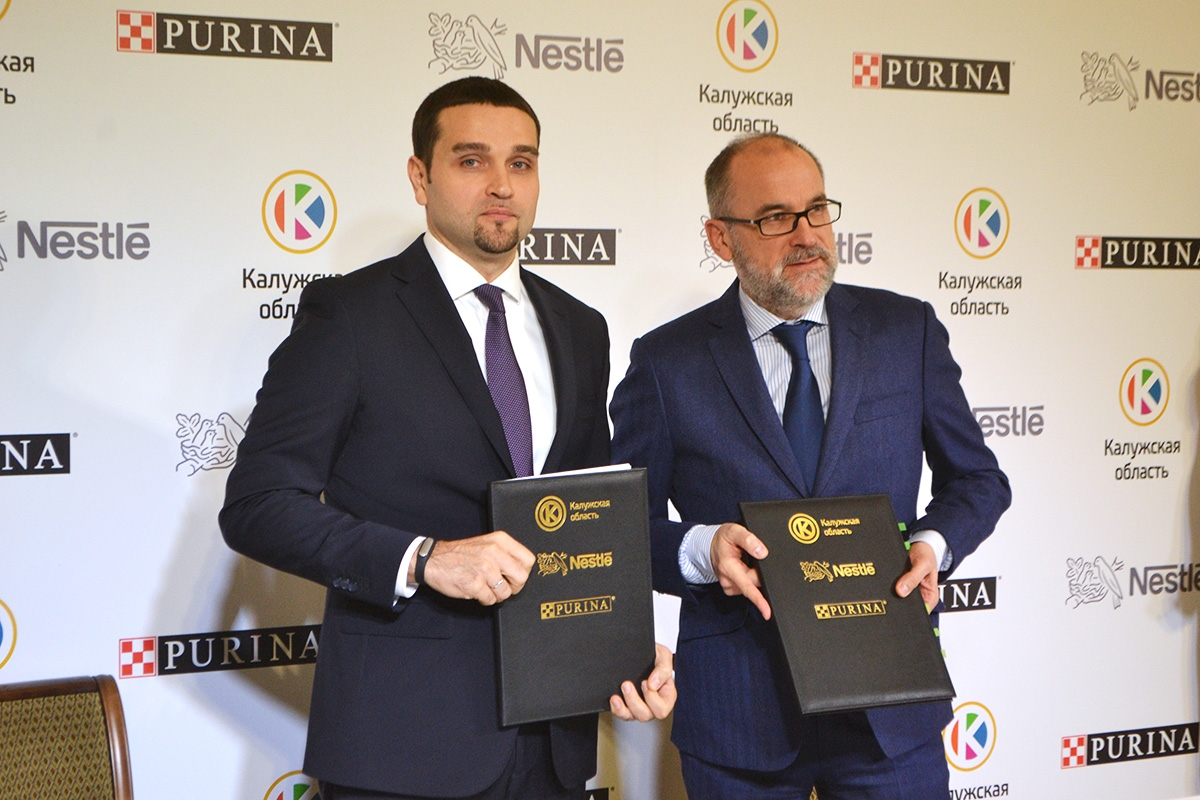 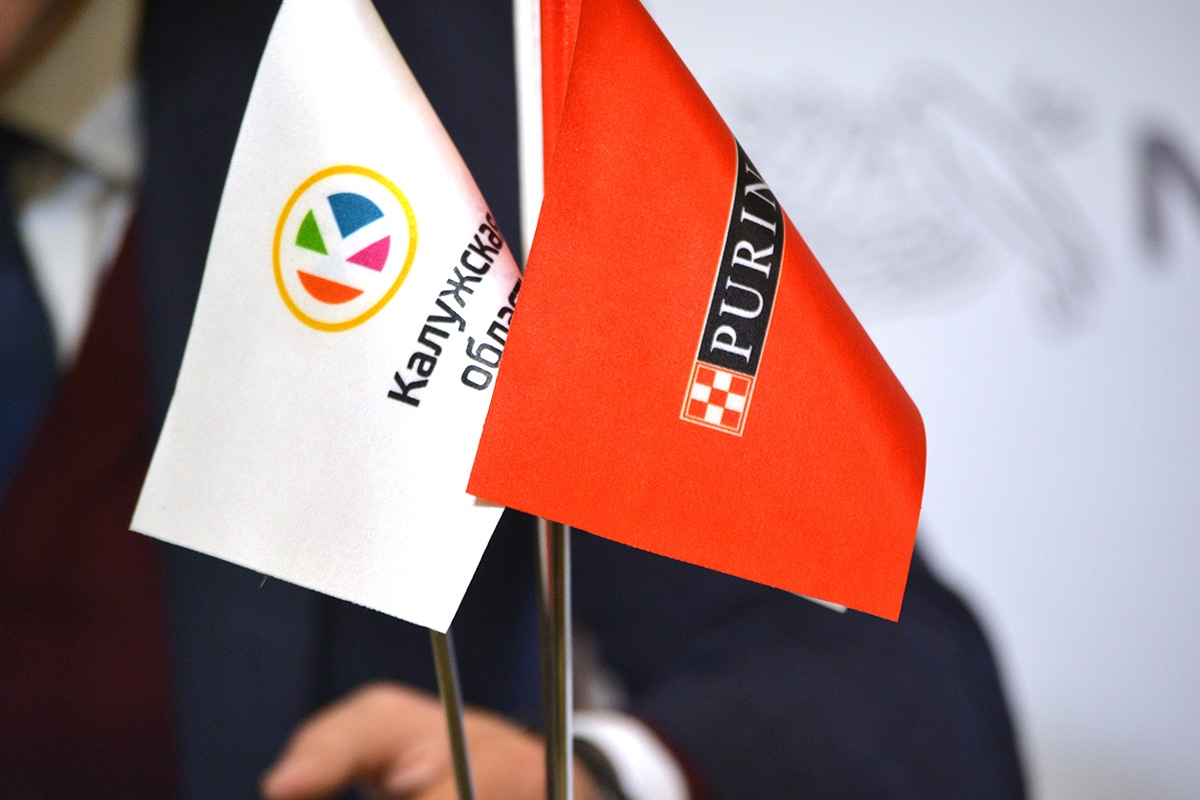 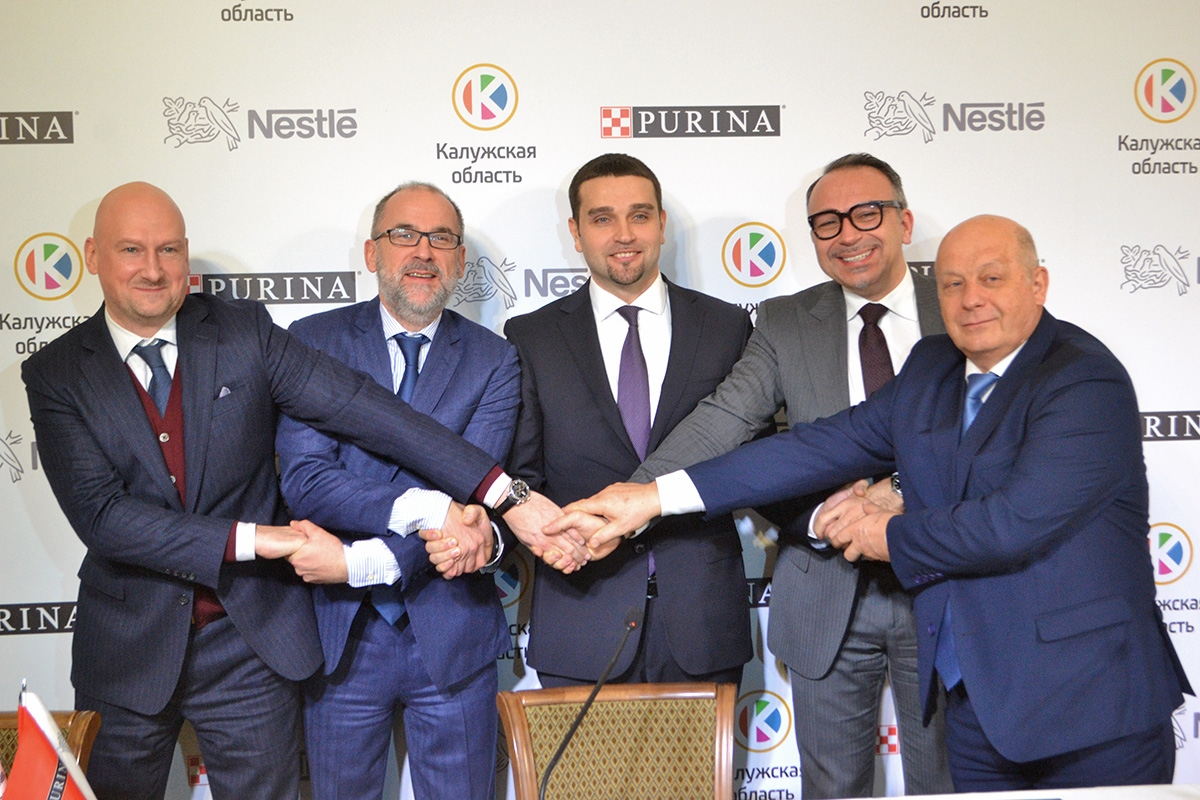