A major distribution center for polymer products to be delivered by container trains has become a part of Freight Village Vorsino multimodal transport and logistic center. The new facility will pack, store and ship polymer products to Russian and foreign consumers.  The packing shop capacity is 500,000 t per annum.  SIBUR HOLDING JSC is a general partner of the project. SIBUR products will account for about 75% of the newly built facility’s turnover.
KSS Rus OOO is a 100% subsidiary of  Karl Schmidt Spedition GmbH & Co. KG, Heilbronn, Germany. KSS RUS OOO employs over 400 people working in three separate business units located in Tobolsk, Kstovo and Vorsino, as well as in the company’s headquarters located in Nizhny Novgorod. Investments in the logistic project implemented in Kaluga Region amount to RUR 2.2 billion. Sixty five new jobs have been created; in the future the number of new jobs is to be about 80.

Dmitry Denisov noted that the commissioning of the logistic hub was an important event for Kaluga Region economy. He said: “It is an integral part of the industrial park. The new logistic center will promote the development of the existing plants and attract new investors”.

Oleg Makarov in his turn noted: The logistic project implemented in cooperation with Karl Schmidt Spedition is a segment of a major industrial chain. I am positive that the commissioning of the new facility will open up a new processing industry development stage”. 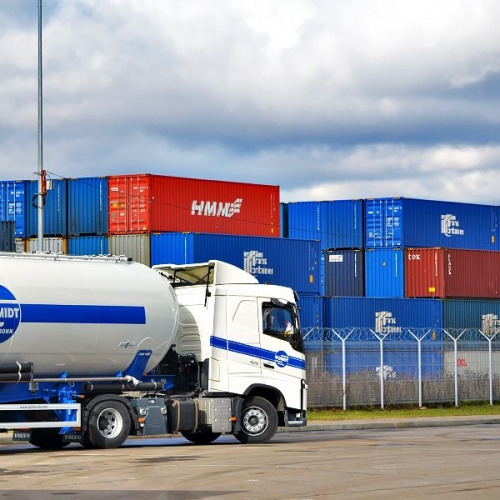