Volkswagen Group Rus has announced a new production record: Kaluga engine plant manufactured 600,000th 1.6 MPI EA211 engine. Such results were achieved due to the high efficiency of production processes, as well as the steady demand for this engine model among Russian customers.

Stefan Depka, Volkswagen Group Rus Technical Director comments: “Such impressive results were achieved due to the strong team work of Volkswagen Group Rus specialists. We are incredibly proud of the achievements of the engine plant’s team in Kaluga, which always maintains the highest level of efficiency and quality at this production site. Also, we are very grateful to our customers for their trust and high interest in our products".

The record of 600,000 engines produced was achieved in a very short time — in 5 years since the opening of Volkswagen Group Rus engine plant in Kaluga. Despite the recent complications associated with Covid-19, these results were reached due to the high level production efficiency and the use of modern technological processes that allow the production of reliable and high-quality engines.

The engines produced in Kaluga are delivered not only to the local market, but also to production sites around the world. As a result of a well-established supply chain, Russian-made engines are exported to Germany, Mexico, Spain, Poland and other countries. At the end of last year, the total export volume amounted 24,000 engines. 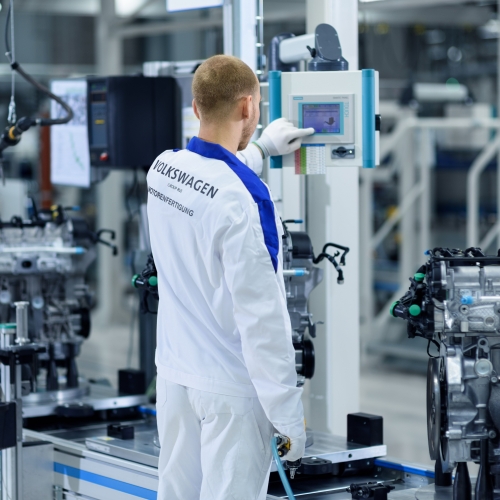