Kaluga Region is the winner of the ROSINFRA National Award

From September 28 till October 1, the VII Infrastructure Congress “Russian PPP Week” has been held in Moscow, which unites several significant events of the infrastructure market. The program of the event incudes the holding of the Strategic Forum "Transport Infrastructure of Russia", as well as the award ceremony for the winners of the ROSINFRA National Award.

Within the framework of the Russian PPP Week, the Award Ceremony for the ROSINFRA National Award was held and the project for the construction and operation of the railway infrastructure of Kaluga SEZ was announced as the winner in the category “The Best PPP Project in the Railway Sector”, which was concluded on February 14, 2019.

The project is being implemented under the scheme, where the Ministry of Economic Development of the Kaluga Region is the concessor, and Russian Railways JSC is the concessionaire. The amount of investment in the project amounts to more than RUB 655 million.

Currently, the construction of the facility has been performed at an accelerated pace ahead of schedule. Russian Railways JSC and the Kaluga Region started the second stage of the project, which is the mounding of the railway track embankment.

The award was officially presented to Vladimir Popov, Deputy Governor of the Kaluga Region.

ROSINFRA is the first and only award in the field of infrastructure development and PPP in Russia. The organizers of this award are ANO "National PPP Center" and the Recongress Foundation. 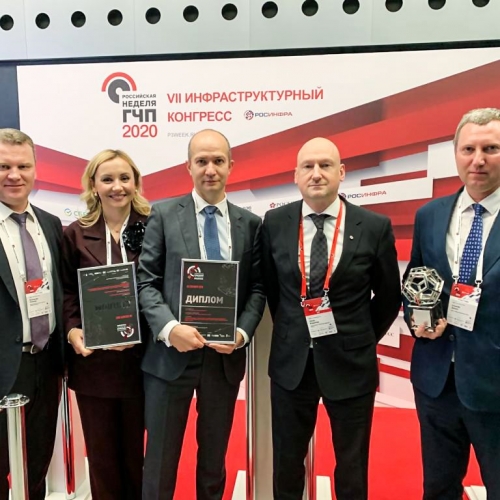