On June 17, the Agreement of Intent was signed between the Government of Kagula Region and the Russian Company KHANN concerning the launch of the enterprise within the Region’s territory to produce KHANN forged disks for Toyota and Lexus brands. The corresponding document was attached with signatures of Vladislav Shapsha, Head of the Region, and Alexey Sagitov, Director General of Khann Vilz LLC.

The Company has been developing and producing high-tech serial spare parts for Toyota and Lexus cars. The main activity is aimed at serial tuning, which involves installing design parts on cars. KHANN production runs on a full cycle. Every detail launched by the Company in series goes through all the stages, from the idea to the careful packaging.

All items are made from high-quality materials based on innovative technologies. Modern plastics, aircraft alloys based on aluminum, and carbon fiber are used as production materials. Structural elements are produced using such modern technologies as scanning and 3D modeling. Raw materials, engineering developments and technologies are mainly of Russian origin. 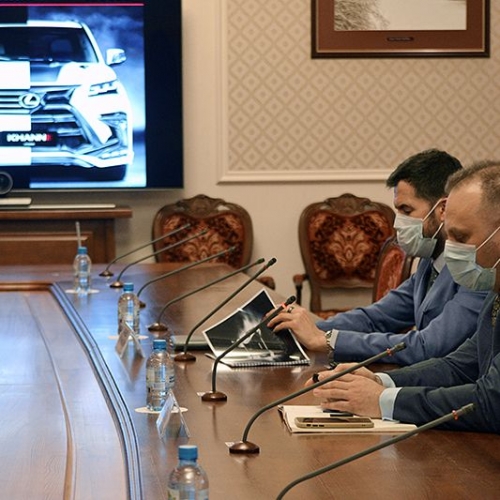