Nestlé Purina PetCare pet food factory in Vorsino Industrial Park, Kaluga Region, has been using renewable energy to operate its entire production activity since May 2020. During the year, the factory will use at least 50 million kWh of wind-generated electricity. The switchover to the use of RES-E will help reduce carbon dioxide emissions into the atmosphere by 20,500 tons a year, consequently contributing to the fulfillment of Nestlé’s global commitment to minimize the environmental impact from its production by 2030.

The transition to exclusively renewable sources meets the RE100 requirements. RE100 brings together the world’s most influential companies, including Nestlé, committed to sourcing 100% renewable electricity globally. Following an audit by Bureau Veritas, a world leader in testing, inspection and certification, including for RE100 criteria compliance, Nestlé Purina PetCare was awarded the relevant certification.

Atomenergopromsbyt JSC, which is part of NovaWind JSC (a Rosatom’s division) control circuit responsible for implementing wind energy projects, became a partner in the new project to improve the environmental sustainability of production and switch over to the use of RES-E. A wind farm that generates electricity for Nestlé Purina PetCare is located on the border of Shovgenovsky and Giaginsky Districts of the Republic of Adygea. 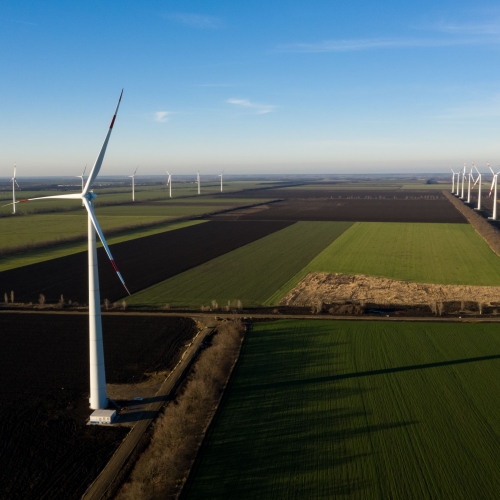