The first transport and logistic center (TLC) will be established in the region in conjunction with the Government of Kaluga Region, the Ministry of Transport of Russia, RZhD OJSC and Freight Village RU Group. It will be launched as a part of the home network of nodes on the territory of Russia, approved by the Master Plan for the development of TLC network. The corresponding agreement was signed during the working visit of Kaluga Region administration, the Ministry of Transport of Russia and RZhD OJSC to Vorsino terminal. The document was executed by Vladislav Shapsha, Acting Governor of Kaluga Region, Alexey Semenov, Director for Corporate Development of RZhD OJSC and Yuri Yuriev, Executive Director of FVC JSC.

The Agreement shall determine the general principles of cooperation during the project implementation. In particular, the parties have agreed to jointly prepare the “road map” of center formation according to the standards determined by the Master Plan for the development of TLC network, conduct a preliminary assessment of investments required for the project implementation and determine the optimal project management scheme and sources of funding. According to Alexey Semenov, Deputy Minister of Transport of the Russian Federation, the signed agreement is the starting point in the practical implementation of TLC Federal project. “Upon discussing the list of nodal TLCs, significant work has been done by the Ministry of Transport of Russia with regional authorities and business representatives. It was necessary to identify the disadvantages and advantages of objects, potential risks and possible algorithms for interaction of potential project participants,” - said Alexey Semenov. - We have examined the existing infrastructure of Vorsino transport and logistic center and I can say that the object meets the key parameters that were planned: it is located in the major multimodal transportation node in the proximity to the main transport communications with availability of both road and rail accesses".

“Kaluga Region is chosen as a flagship in the project implementation not by chance. The development of the transport and logistics cluster is our key priority. The functioning of a modern complex with high digitalization of warehouse storage processes and the latest terminal and warehouse infrastructure will allow us to maximize the export and transit potential of the region”, said Vladislav Shapsha. 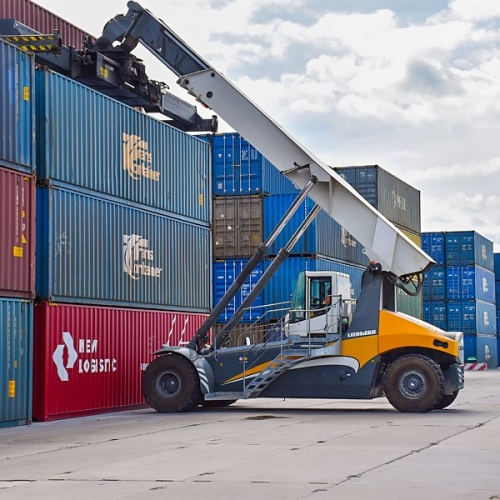