On September, new lines to produce wet food for pets of Nestle Purina PetCare factory were opened in Vorsino Industrial Park. The volume of investments in the project amounts to RUB 4.5 billion. The production capacity of the two lines is 42,000 tons per year.

Nestle Purina PetCare will continue its efforts to expand and modernize the factory by investing additional RUB 10 billion within 2020 and 2023. These intentions are specified in the agreement, which was signed by the Company and the Government of the Region on the same day. About 90 new jobs will be created. The project will make it possible to create about 90 new working places.

Nestle Purina PetCare is the Europe’s largest factory that produces food for pets and one of the major investment project of Nestle Company in Russia. The products are exported to 14 countries. About 95% of PURINA products sold in Russia are manufactured at the Company's plant in Kaluga. The share of local raw materials used in the factory amounts to more than 85%.

It shall be reminded that Nestle was the first resident company of Vorsino Industrial Park and became a model of successful industrial development.

The production was launched in 2007. The total amount of investments in expanding production capacity and distribution center amounted to about RUB 22 billion rubles within the period from 2007 to 2019.

Along with the development of production facilities in Vorsino, Nestle Purina PetCare continues to work systematically to reduce the impact of its production activities on the environment. In July 2017, the factory in the Kaluga Region reached the target of 0 kg of waste for disposal, now all the waste of the enterprise is processed with benefit; in 2018, the factory installed a new water treatment plant system with an investment of RUB 578 million, and in 2020, the factory switched to using energy from renewable sources, which significantly reduced the emission of carbon dioxide into the atmosphere. In addition, as part of the activities to improve the environmental characteristics of product packaging, the Company reduced the volume of packaging used by 500 tons in 2018-2019. 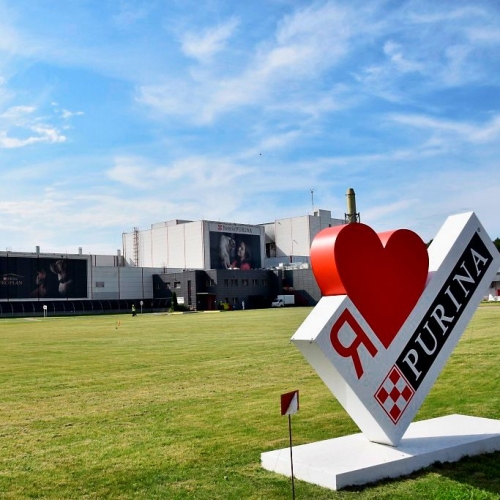