On October 30, 2019 Tenth Anniversary International Forum AutoEvolution was opened in Kaluga. The forum is dedicated to the development of the automotive industry and innovative infrastructure.  The forum, which is held annually, is a venue for meetings of federal and regional governments’ officials, representatives of state corporations, development institutions, manufacturers of vehicles and relevant components,  top managers of infrastructure and innovative projects, where the attendees discuss future development of the Russian automotive industry.

This year the automotive industry of Kaluga Region celebrates its 13th anniversary.  Today Kaluga automotive cluster includes three OEMs, namely Volkswagen, PCMA (Peugeot Citroën & Mitsubishi Alliance), and Volvo, as well as a group of 30 companies manufacturing components for the automotive industry. Many of them cooperate with Kaluga Region local companies. The cluster comprising 33 companies accounts for 12% of all vehicles manufactured in Russia.

The share of the automotive industry in Kaluga Region industrial output has reached 34%. The index of vehicles’ production in 2018 equaled 133.9%. The automotive cluster companies continuously increase export supplies to other countries.

According to Pavel Burlachenko, the volume of Kaluga Region automotive cluster export in 8 months of 2019 virtually equaled that of the entire 2018. Pavel Burlachenko said: “Government support measures for export are not static, they are constantly improved, changed and adapted”.

Speaking of Volkswagen operations in the Russian market, Lars Himmer said that the company planned to invest RUR60.5 billion by 2028 pursuant to Special Investment Contract terms and conditions. 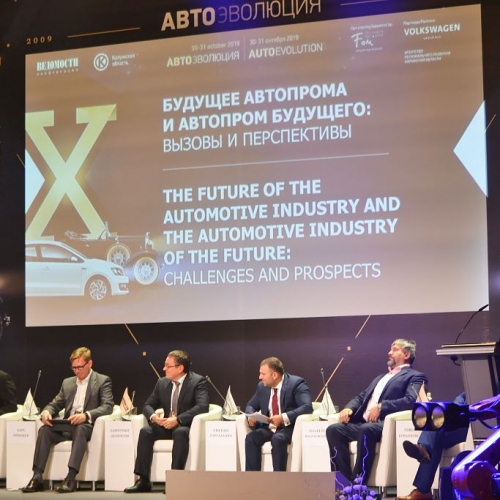