MiraxBioPharma of Russia to Build Production Facility in Kaluga SEZ

The parties have reached a preliminary agreement to build a new production facility in Kaluga special economic zone. MiraxBioPharma has chosen a land plot of 6.8 ha, located in Borovsk district. The company is to invest about RUR 3 billion, approximately 480 new jobs will be created.

The plant is to manufacture pharmaceutical substances and finished dosage form for female and male reproductive health and cancer preventive treatment.  The company develops and produces innovative non-hormonal pharmaceuticals used for complex therapy against  mastopathy, hysteromyoma, papilloma viral infection, as well as for preventive treatment of breast and ovarium cancer,  cervical cancer and other diseases. Products are manufactured in accordance with GMP standards.

MiraxBioPharma ZAO is a modern next generation Russian pharmaceutical company. Its business is based on advanced trends of pharmaceutical business development, and it meets modern quality and management standards’ requirements.

Mikhail Paltsev said: «Our project is not only a full cycle pharmaceutical production facility. It is a part of a holding grout having its own R&D department, a medical department, and promotion and marketing department.  The new plant will become a unique R&D and production  facility to produce and distribute modern medicines, including unique ones. We believe that the plant capacity will exceed 1 billion SKUs per annum”.

Anatoly Artamonov in his turn pointed out that the company would become a new member of Kaluga pharmaceutical cluster. He said: “The Russian pharmaceutical project will help attract new technologies and competencies to Kaluga Region”

Pharmaceutical companies operating in Kaluga Region manufacture about 139 types of medicines, the production of a few dozens more is to begin in the near future. Finished dosage forms account for over 80% of Kaluga pharmaceutical cluster production volume, the companies produced medicines for RUR 19 billion in 2015.

In October 2016  Kaluga pharmaceutical cluster  became a part of a top priority project announced by the Ministry for Economic Development of the Russian Federation named Development of Innovative Clusters, Global Investment Attractiveness Leaders. 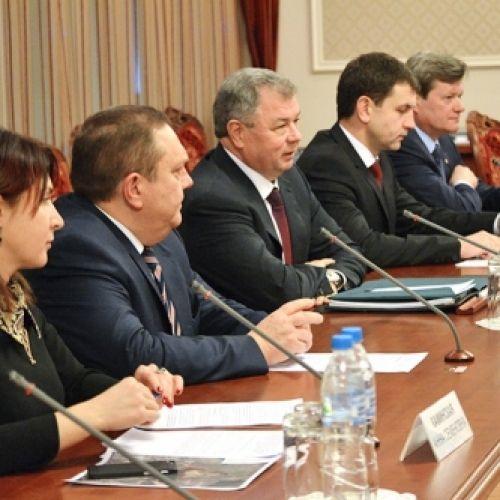