Pfizer and Novamedika to invest in pharmaceutical plant in Kaluga Region

Pfizer is to invest  in construction of a production facility in Kaluga Region. The project is being implemented by Novamedika, a Russian pharmaceutical company. Apart from that, Pfizer plans to transfer licenses for production of over 30 pharmaceuticals to the new plant. The relevant information was jointly released by Pfizer and Novamedika. According to Leonid Melamed, Novamedika member of the Board, US$60-100 million is to be invested in the project. The parties did not provide any information on their shares in the joint project and did not reveal terms and conditions for provision of licenses to Novamedika.

The new plant is to produce medicines to cure bacterial and mycotic infections, as well as rheumatology and oncology medicines. According to Leonid Melamed, the plant capacity will be 20 million ampules per annum. The capacity may be increased in case of the plant portfolio expansion. The plant construction is to commence in 2016, and is to be commissioned in 2020.

David Melik-Guseinov, the director of Research Institute for Healthcare and Medical Management of the Department of Healthcare of Moscow, said that the capacity of the plant producing 20 million ampules per annum is very high for Russia.

According to Nikolai Demidov, Director, IMS Health Russia/CIS,  virtually all global pharmaceutical companies have launched production of their medicines in Russia. AstraZeneca and Teva built their own plants, Novartis plant is to be commissioned shortly, Sanofi bough a land plot in Russia, and GlaxoSmithKline build its plant at Biomed site.  Nikolai Demidov also said that other companies engaged contractors to produce medicines locally.  Companies engaged in government tenders get preferences if they manufacture their products in Russia (no medicine produced abroad can be presented for a tender if there are two similar Russian-made medicines). Pfizer and Novamedika representatives says that certain medicines to be produced by Pfizer at Kaluga plant are purchased by government healthcare agencies under programs for acquisition of vital and essential medicines and Seven Nosologies program Pfizer representative added that the new partnership would grant better access to medicines for Russian patients.

David Melik-Guseinov said that the new plant is the first example of a joint construction project in the pharmaceutical industry. Nikolai Demidov says that normally foreign pharmaceutical companies stick to one of the following three options: construction of their own plant in Russia, acquisition of a local manufacturer or production of medicines at a contractor’s plant.  Leonid Melamed explained that as a result of the partnership with Pfizer Novamedika would be able to produce a range of popular medicines and would get access to innovative quality control procedures and know-how.  David Melik-Guseinov added that there was another advantage of such a partnership, namely risk sharing. Pfizer will not have to adjust its processes to the changing market conditions and will get easier access to government tenders, while Novamedika mitigates the risk of the project underfinancing.

Leonid Melamed said that in the next five years Novamedika shareholders and investors (including Pfizer) would invest US$ 200 million in its projects.

Leonid Melamed spoke of investments in all Novamedika projects. The company builds a technology center in Moscow, it is engaged in research and development projects and operates commercial infrastructure un Russia.

Novamedika announced its plans to build a production facility in Kaluga Region back in 2013. The company was to launch the plant construction in  2014–2015, however, it had to adjust its plans.  Leonid Melamed says that prior to construction the company had  to shape the product portfolio as the plant capacity depends on it. Apart from that it is too risky to build a plant without any firm orders. The project may be a failure.

Novamedika is a joint venture of Domain Associates (the company manages venture funds, including those investing in medical projects) and Rosnanomedinvest ( a 100% subsidiary of Rosnano). Currently Novamedika portfolio includes 25 medicines sold in Russia under contracts with other manufacturers, as well as intellectual rights to medicines, the development and production of which is financed by Rosnanomedinvest (the first medicines are to be commercialized at the end of 2016 ). The cooperation with Pfizer will result in increase in the number of medicines in Novamedika portfolio to over 50.

Anatoly Chubais, Rosnano CEO, said in his interview last Wednesday, that Novamedika had held negotiations with Hospira, a US company, for over a year. The contract was virtually finalized when Hospira was acquired by another major US company, Pfizer, at the beginning of  2015. Anatoly Chubais  says that the situation turned to the better – all medicines included in the initial license agreement with  Hospira are still in the contract with Pfizer.  Apart from that, new medicines have been added to the new contract. 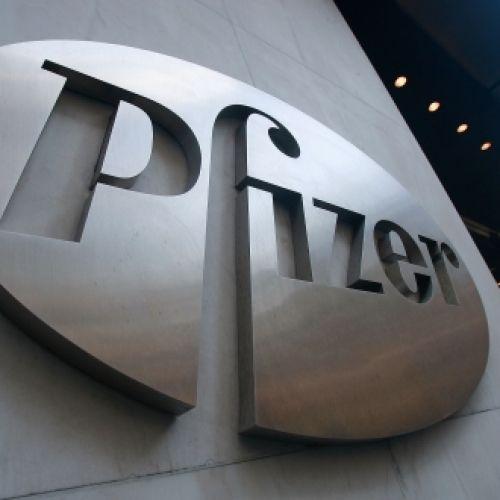