Sochi Russian Investment Forum was opened on February 14, 2019. The forum is a traditional venue for presentation of Russia’s investment and economic potential, a place where important agreements are reached and multi-million contacts are concluded.

The agreement provides for cooperation between the parties to connect Lyudinovo-1 railway station, Moscow Railways, to the territory of Kaluga SEZ under private-public partnership scheme. The scope of investment is to reach RUR 655 million.

The stand also presents tourism, recreation and sports facilities of the region, including Kondrovo motorcycle race track, which is the second largest track of its kind in Europe. The track hosted the Championship of Russia till 2012 and its was also a home track for Evgeny Bobryshev, who won the Russian Championship many times, was the bronze medalist of   Motorcycle Race World Championship (MXGP), and the winner of the 2018 MX1 UK Motorcycle Race Track Championship  (Lombard Suzuki/ BOS GP). 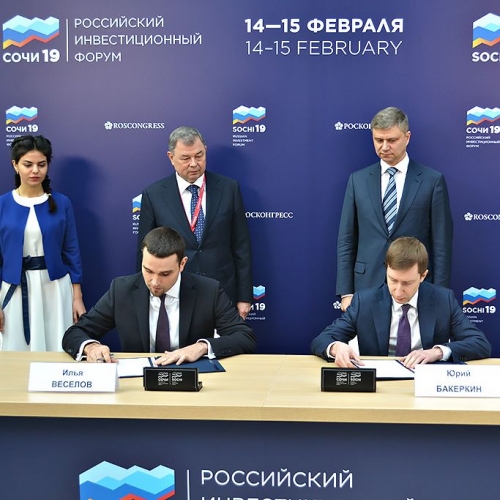