X Russian-German Young Leaders’ Conference named Beyond 2029: What Really Matters  was opened in Kaluga on November 29, 2019. This is one of the largest annual business conferences where Russian and German representatives discuss the most acute issues related to economy, culture and education.  The key objectives of the event include the improvement of international relations and determination of new cooperation areas. The conference was organized by Germany – Russia: New Generation non-for-profit organization and Saint Petersburg State University for Economics. It was attended by over 300 participants, including startup ventures’ founders, members of parliaments, global business leaders and civil society activists.

Sessions, round tables, workshops to be held at the conference are to shape the strategy to develop digital economy, healthcare, energy of the future as well as digital society market. Christian Wolff, the former President of Federal Republic of Germany, is to attend the  anniversary conference.

Christoph Herzog von Oldenburg, the Chairman of Russian-German Young Leaders’ Conference, delivered a welcoming speech. He noted that the main goal of the conference was to develop open and efficient dialogue to shape the foundation for stable relations in the field of business and culture.  Nikolay Andreev, Director General of the Agency for Regional Development of Kaluga Region, presented investment opportunities and proposals for industrial development. He said that Germany had been a reliable business partner of Kaluga Region for many years  and it held the leading position among foreign countries in terms of the scope of investments in Kaluga Region economy. 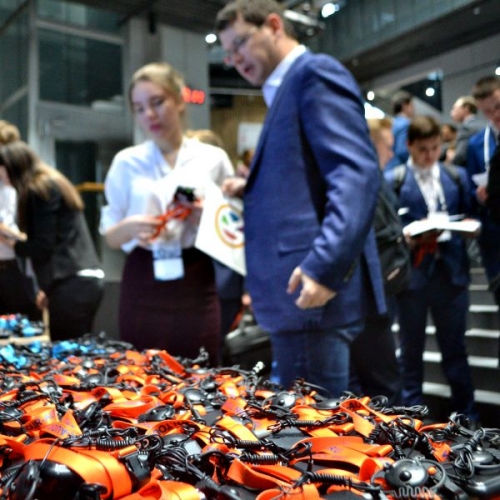