Volkswagen Group Rus Celebrates Production of the 500,000th Engine at Its Kaluga Plant

Stefan Depka, Volkswagen Group Rus Technical Director, noted: “500,000 manufactured engines is an excellent indicator demonstrating great potential of the local plant. There is another important achievement. We produce engines not only for Kaluga assembly plant, bot also for other production facilities, exporting out products to other countries of the world”.

The record 500,000th gasoline engine was produced within a four-year period after the plant commissioning. The production facility managed to set this record thanks to growing demand in the Russian market, and high efficiency of local assembly operations. In 2018 the facility produced 161,000 engines, increasing its productivity by 56.3% as compared to 2017. 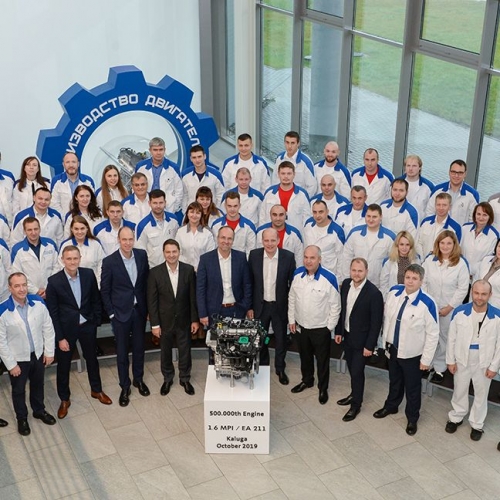