Open Kaluga Region Motocross Cup, an international motocross festival, is to be held in the town of Kondrovo, Kaluga Region, on June 1, 2019. Master of sports Evgeny Bobyshev, a native of Kondrovo and a top motocross racer is to attend the event. He won gold medals of the Russian Motocross Championships several times. He also won a bronze medal at MXGP International Motocross Championship and became a champion of the UK  in MX1 motocross contest in 2018 (Lombard Suzuki/ BOS GP). Evgeny Bobyshev trained at Kondrovo race track since his childhood.

A number of international teams are to come to Kondrovo, including RFX-KTM of England )Neil Prince), Boss of England (Tommy Searl), Husqvarna of Estonia (Tanel Leok),  KTM of Latvia (Jeffry Tonnus). Currently the event organizers hold negotiations with motocross racers from Finland, Poland and Belarus.

Kondrovo motor race track, the second largest track in Europe, hosted the Championship of Russia till 2012.  Almost 25,000 people came to Kondrovo in 2012 to view the race in 2012. In 2019, several years after the event, the world motocross elite and thousands of motocross fans are to come to Kondrovo once again.

Evgeny Bobyshev Sr., the festival organizer, said: “Kondrovo race track is well known around the world. Motocross races in Kondrovo are always interesting and scale events. We want to make the site a point of attraction for people who like outdoor activities and public events. We are to preserve the landscape of the territory”.

The motocross track is located at a 20-ha land plot. Up to 60,000 people may attend the races. The landscape around the track is like an amphitheater, thus spectators can view all parts of the track.

Dmitry Denisov, First Deputy Governor of Kaluga Region visited Kondrovo motocross track while travelling to Dzerzhinsky District of Kaluga Region on April 16, 2019. He attended a presentation of an entertainment and sports park with an area of 45 ha to be organized in Kondrovo. The central point of the park is to be the race track. There will be sports, festival and hotel areas adjacent to the track. 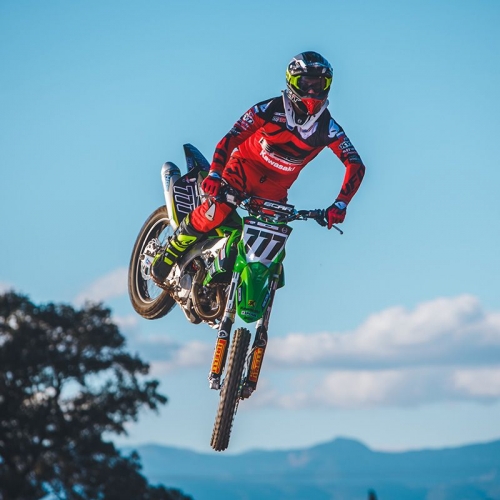