Volkswagen Group Rus will make full use of opportunities provided by the updated regime of “processing in the customs territory”, which provides relief from payment of customs duty for components used in manufacturing of vehicles intended for export. Introduction of the latest adjustments implying waiver of VAT and excise duty will allow the company to significantly increase its export volumes in 2018. Collaboration under the agreement will be targeted at facilitation of efficient cooperation with customs agencies and establishment of transparent and simplified information exchange processes.

As noted by Markus Ozegovich: “Through efficient use of export opportunities, in 2017, Volkswagen Group Rus became one of the biggest automotive exporters in Russia. In 2017, we exported around 25,100 cars, which is a 70% increase against the previous year. Continued collaboration with the Federal Customs Service will allow us to further increase car export volumes and, which is even more important and promising, component export volumes”.

The first export project to be implemented in the regime of “processing in the customs territory” in 2018 covers exports of Kaluga-manufactured 1.6 MPI engines to production facilities worldwide, including in Europe. Engine exports are expected to reach 40,000 units per year. The second Volkswagen Group Rus export project involves exports of ŠKODA OCTAVIA cars manufactured in Nizhny Novgorod to the European Union; the estimated initial volume of exports is 10,000 cars. 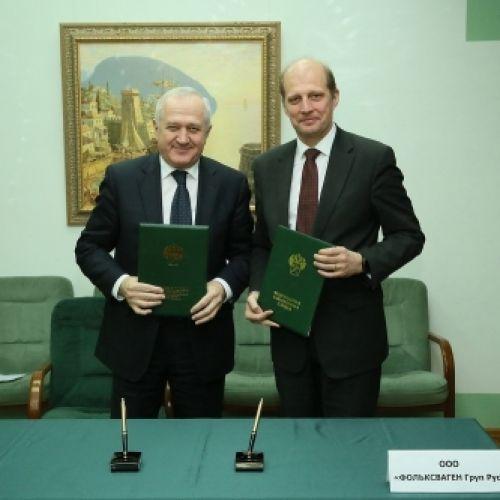