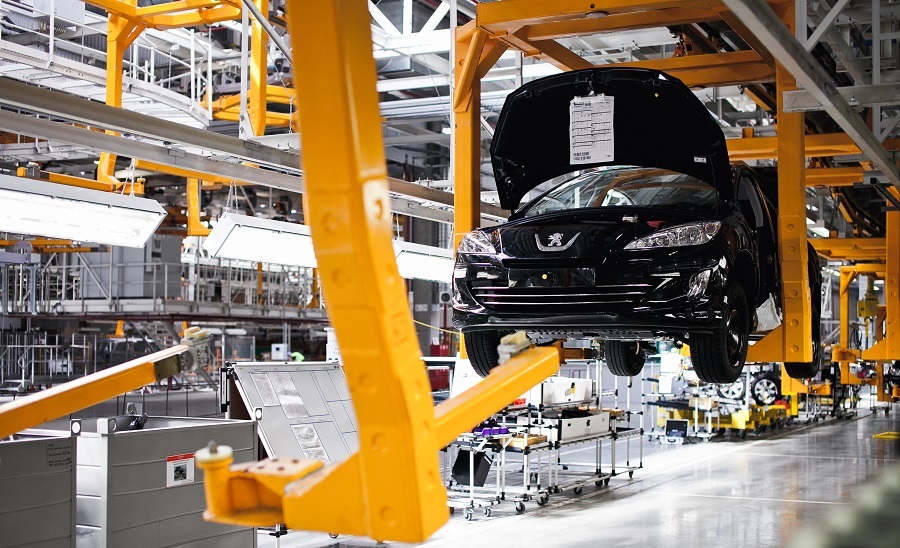 Kaluga Region is one of the most promising regions of Russia to make investments in. The region holds the fifth place in the national rating of investment attractiveness. For a number of years Kaluga Region has been holding the leading positions in terms of industrial output growth rates.

Kaluga Region Government has created all conditions for successful development of both large-scale production facilities and industrial SMEs. Investors, operating in the region, admit that Kaluga Region investment policy meets the highest global standards. The regional legislative and regulatory framework guarantees the safety of investments.

14 investment agreements and 8 agreements of intent were concluded in 2020. More than 200 projects from around the world are implemented on Kaluga Region soil.  According to the National Investment Climate Rating of Russian Regions, in 2016 Kaluga Region held the third place, in 2017 the fifth place in Russia.

Kaluga Region Government has created all necessary preconditions for  successful development of both major businesses and SMEs. Investors, whose production facilities are located in the region, believe that Kaluga Region investment policy is in line with the best international practices. Kaluga Region legislation and regulations guarantee the safety of investments.

Tax breaks and benefits are provided to all investors irrespective of their origin and industry.

The cluster includes 3  OEMs (VW, PCMA, Volvo), 30 auto component manufacturers and Automotive Industry Training Center. The automotive industry production facilities in Kaluga employ almost 11,000 people. The degree of localization of the most popular models produced in Kaluga has reached 60%. Thus, the OEMs are less dependent of components’ supply from abroad. The cluster is in the TOP 3 OEMs in Russia.

In 2013, the cluster was joined by NLMK Kaluga – a next-generation electric arc furnace mill and the largest producer of rolled steel in the Central Federal District. Other companies representing the cluster are AGRISOVGAZ OOO – manufacturer of steel and aluminum structures of any complexity, Severstal-Gonvarri-Kaluga ООО – die cutting plant of a metal blanks manufacturing center, and others. Implementation of these projects helped national metallurgy achieve a new level of quality.

The cargo turnover in Kaluga Region has grown by 25.5 times since 2007. The region holds the 4th place in the Central Federal District in terms of motor roads quality. Two multimodal transport and logistic centers in the region – Rosva Freight Village and Vorsino Freight Village – have been built in the region.  These are the first projects of such a scale being implemented in Russia. There are no other similar facilities in this country.  A beneficial location of the facilities (Vorsino FV, for instance, is located at the Moscow border), make them strategically important for Russia as a whole. Kaluga region is a participant of the"New silk road". Export destinations: Vorsino-Dalian-start of the project in 2016, Vorsino-Shilun-start in 2017. Kaluga International Airport was commissioned in 2015. An agreement on reconstruction of Ermolino airport has been signed.

The agroindustrial cluster includes 45 food and processing companies  of nine industries. A greenhouse facility located in the special economic zone is a successful investment project. 100 Robotized Milk Farms program is being implemented. A particular attention is paid to development of production companies (chees, fish, mushrooms). 750 farms work in the region.

The cluster was established in 2017. It includes major state scientific centers and production facilities. Its key areas of business: nuclear medicine development, environmental projects (for instance, radiation-related issues), projects related to industrial, aviation and nuclear safety, training of personnel for the industry.

The aerospace cluster was established in 2014 upon initiative of Tekhnologia Scientific and Production Company, Obninsk. The company is a subsidiary of RN-Khimkompozit, a member of Rostekh State-Owned Corporation. The cluster consists of about 20 companies and institutions, including the leading research and development organizations from Kaluga and Obninsk, innovation and technology companies, research and raining centers. 5950 people are employed at the enterprises of the cluster. More than 12 billion rubles – revenue of cluster members at the end of 2017.

The cluster includes 32 primary and secondary vocational training establishments and 12 higher education institutions, including the Kaluga Branch of the N.E. Bauman Moscow State Technical University, the Obninsk Institute for Nuclear Power Engineering — branch of the National Research Nuclear University MEPhI, the K.E. Tsiolkovsky Kaluga State University. Training is provided in 80 various directions that are aligned with current demands of the labor market. In 2010, Kaluga Region introduced the system of dual training that is implemented in collaboration with Volkswagen Group Rus and PCMA Rus.