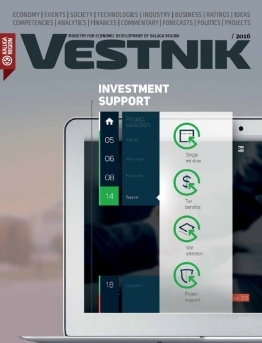 Kaluga Region Herald (Vestnik) – regional news publication covering all aspects of the region’s economic policy. The printed edition has a circulation of 1,000 copies and is printed monthly in Russian and English. The electronic edition of the herald is available online on websites of the Agency for Regional Development, Kaluga Region Development Corporation, embassies and trade missions: www.arrko.en and http://eng.invest.kaluga The herald is distributed as a presentation publication at conferences, forums, business meetings, and at the Representative Office of Kaluga Region with the RF Government. The publication can also be found at regional hotels (Ambassador, Aliye Parusa, etc.).

PDF version of Vestnik is available on the Investment Portal:
http://www.investkaluga.com/en/media/heralds

Kaluga Discovery - regional news and advertising publication, a cultural, social and business guide to Kaluga and Kaluga Region. Published since 2011 with support from the Ministry for Sports, Tourism and the Youth Policy of Kaluga Region, Economics Department of the Kaluga City Municipal Board and the Obninsk City Administration. Some materials in the publication are translated into five languages by ALEAN Professional Translations Center (English, French, German, Spanish and Armenian). 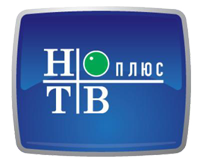 NTV-PLUS – satellite TV operator that offers retransmission of Russian and international channels along with its own programming. NTV-PLUS subscribers can currently receive over 180 channels, including high definition (HDTV) and 3D channels. 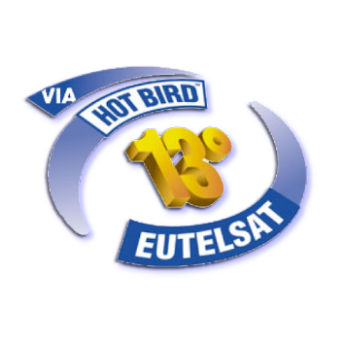 Active TV – satellite operator offering Russian and several international channels. The operator supports over 60 channels, including HDTV format channels.  Like with other operators, subscribers have the opportunity to change any package of channels.